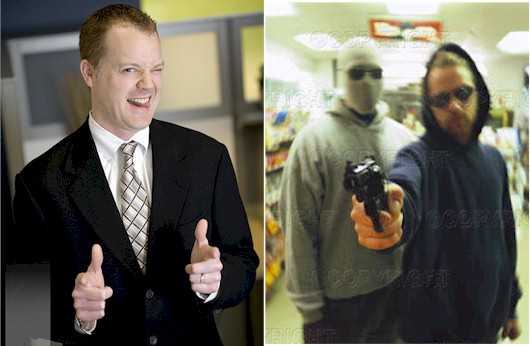 The guy on the right is scarier, but the Payment System’s Corp agent on the left will steal a whole lot more

If there is a bigger rip off in the merchant processing world than the one perpetrated by Payment Systems Inc. and a few other companies such as Elite Pay Global and Secure Choice, each of which use similar models, we are not aware of it. Payment System has perfected a scam that makes smart merchants believe they are agreeing to a processing payment structure that will save them hundreds or even thousands of dollars a month. In fact, in almost every instance, the merchant will pay much more than they had been, and will get roped into a contract that will cost thousands in unnecessary charges.

Recently, one of our agents was in the middle of an analysis and discussion with a merchant about his processing needs, when a sales representative from Payment Systems Corporation stopped by the same business. Because the Payment Systems rep was hoping to close the deal that day (their reps are trained to push hard for a “one call close” so that the merchant signs everything before they have had a chance to reflect on their decision), the rep had already filled out the paperwork and had the merchant sign the agreement even though the deal hadn’t been finalized yet. 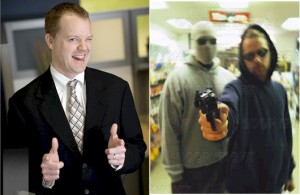 Fortunately, we were able to stop the merchant from making what would have been a very costly mistake. With the merchant’s permission, we obtained a copy of the Payment Systems contract and have reproduced in this three part article about this most vicious of predatory processing scams.

Here’s how it works. Payment Systems reps are trained to tell merchants that Payment System is a wholesaler, and that the company has made the business decision to offer merchant processing for a charge of just 1% of credit card totals, with a 0% rate on debit charges and a swipe fee or transaction fee of between 7 and 10 cents per transaction. They will acknowledge that because of interchange rates for “non-qualified” cards, there are some occasions where the company will lose money on transactions, but because of the mythical wholesale pricing they claim to have access to, they can afford that rate structure because they make money on a merchant’s other transactions, which they claim will be the majority.

In almost every case, Payment Systems deals are written using a variation of the “tiered pricing” model. Although this is a popular and legitimate way to price merchant services, it is not one that Real Merchant Solutions recommends. In most cases, because the actual, underlying charges tend to be opaque, the merchant has to rely on the processor to present the charges honestly, and there is really no way to check individual transactions or rates. This can be a dangerous model in the hands of an unscrupulous processor.

Usually, the tiered model has three tiers: qualified, mid-qualified and unqualified. In theory, a qualified credit card is usually a plain vanilla card, such as a college student might get in the mail, without perks or benefits such as a rewards program or cash back on purchases. The next rate level is known as mid-qualified or partially qualified. This tier will apply to most rewards cards, which can make up about half of all the transactions a merchant will accept, so the rate at which mid-qualified charges will be processed can be very significant. 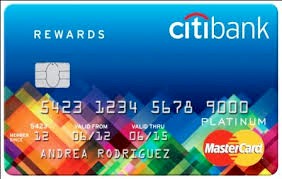 Non-Qualified transaction will incur the most expensive rates for a merchant in a tiered environment. These would apply with keyed transactions (when the card is not present or can’t be swiped) certain corporate or government cards, or cards issued by banks outside the United States.

Rates of 1% on all credit card transaction and 0% on debit card sales would be a great deal, if it were only true, but it’s not. Sales reps are trained to take the merchant’s existing statement and do an on the spot “analysis” to simply pick out the credit transactions and the debit transactions, and then note those charges on a “savings estimate” as shown in the three documents below.

To begin, we’ve masked a copy of a merchant statement for a lunch counter in a small city in the Northeast to protect the merchant’s privacy. As you can see, this business had 1,688 transactions for a total sales volume of $16,949.11. Their current processor is an honest company with decent rates and service known as Indigo Payments Inc., and the merchant reported no problems or concerns with them until the Payment Services rep showed up.

The first thing the rep did in the analysis was to record the sales and fees shown in the current statement (shown above), and note them on the left in the “Savings Estimate” shown below. Then, he determined the dollar volume of both the credit and debit card sales and noted them in the middle column. In this case there was a total of $6,073 in credit cards and $10,876 in debit transactions. Next, the agent calculated what the charges would have been had all credit card sales been run at a rate of 1% and 0% respectively. Finally, he plugged in a transaction rate of $0.09 (nine cents) per swipe.

As can be seen at the bottom of page 2 of the statement above, Indigo charged the merchant $663.66 in total fees for processing that month’s charges, a fair rate but not a great rate. The total charges for the same level of service as presented by the Payment Services rep came out to $212.65, a difference of $451.01.

A savings of $451.01 each month is certainly significant enough that most merchants would start to seriously consider the proposition, but of course that is not the end of the presentation. A review of the second document, The “Savings Estimate” will reveal a line labelled “Equipment” which is blank at this stage. That line is key to the scam, kind of like a Cracker Jack prize from hell.

The merchant will usually point out that they already have a terminal, perhaps one that they purchased themselves, and that they don’t need a new one. The rep will explain that leasing the equipment is required in order to qualify for these fabulous rates, and will usually call a manager to discuss the numbers and ask how he should price the equipment. 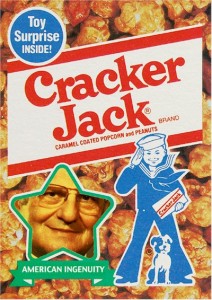 This conversation is basically a charade. All the manager really wants to know is how much “savings” there is before the equipment is added back in, so  the rep can quote a figure that will be high enough to maximize Payment System’s profit, while still keeping the merchant dazzled by the savings.

In the scenario presented here, Payment Systems shows a total “savings” of $451.01 before the equipment is added back in. The manager would likely instruct the agent to price the monthly equipment charge at anywhere between $149 a month to $299. The rep will also be instructed to tell the merchant that Payment Systems will pay off any Early Termination Fees (ETF) the old processor may demand by contract, and even offer to pay one or two months of lease payments. Anything it takes to get the deal done.

In the example below, the estimate was written showing that the equipment would cost $199 a month, and that charge will be carried over to either a four or five year lease. In that case, the merchant will be obligated to pay the leasing company a total of payments of either $9,552 or $11,940 depending on the term. In addition, the merchant will be charged sales taxes each month along with insurance charges, and other fees that will push the monthly total above the quoted $199 a month. In almost every case, the rep will fail to disclose those additional charges.

The merchant will usually not focus on those issues because the rep is pushing hard for the close and pointing out that the merchant will save $3,024 a year or a total of $12,096 on processing over four years as indicated on the bottom of the Savings Estimate shown above. For many busy,trusting merchants, the offer seems too good to pass up, too good to be true.

It is too good, but the trap has been set. To read about what happens next, and how these misrepresentations will become iron clad shackles that the merchant will take years to recover from, read the second part of the series, about the dark web of the actual Payment System’ contracts

If you’ve had an experience with Payment Systems, we’d like to know. Please comment below. You can also contact us if you’ve been victimized and need assistance. We may be able to help.